Abrasive cleaning is one of the most important components of blasting equipment and is a determining factor with respect to economical blasting. The abrasive cleaning process consists of two components in a blasting system. On the one hand it is about returning the blast media, which can be done automatically or manually, and then the actual cleaning of the blast media to remove dust, debris, foreign elements, and worn blast media.

However, the recycling of blast media offers more than just a financial advantage. The use of recycled blast media also affects the blasted surface, because only blast media that has the same abrasive effect is being used. On the one hand, the work can be done more efficiently and, on the other hand, the work is done with consistent blast media quality, which has a direct impact on the surface.

In order to determine the ideal recycling system, as with the return transport system, it is important to determine the blast media used in advance. Clemco offers various types of blast media reconditioning, each of which is specially tailored to the respective return transport system. For example, a rotary drum and an air classifier are used in a bucket conveyor cleaner, whereas a cascade is used in suction unit. For light blast media such as glass beads, we use our M-Section in combination with a cleaning cyclone. Our large product range offers an ideal solution for every blast medium and individual requirements.

All products for Media Recovery

All products for Media Recycling 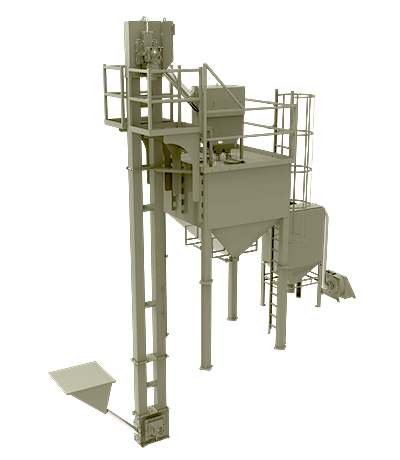