This high quality brand belongs to the product group “pressure blast systems”. Only the perfect configuration and match of all system components in a blast machine enable maximum blasting efficiency. Therefore Clemco offers an extensive and complete range of quality products.

The RLX-III is a deadman handle for the pneumatic remote control of blast machines. The RLX provides high safety, because it reduces the reaction time to shut down the blast pot in case of an emergency and the automatic handle system stops the blast process when the operator releases it for any reason. Therefore, the RLX handle fulfills international safety standards, which must be considered during blast processes. Furthermore the RLX deadman handle also simplifies the starting process of the blast pot, because the blast operator can do start the blast pot by himself right in front of the workpiece and doesn´t need a second operator who is starting the blast pot manually.

Our interlock option reduces exhaustion of the operator, as he doesn´t have to take care about pressing the RLX during blasting, he just can concentrate on the surface and blast process. The integrated fall protection system that opens the RLX valve and stops the blast process increases the safety of the operator even more. The lock is connected with the wrist, so that the handle will be released due to gravity in case of an accident.

Further information about our pressure blast machines are availabe here 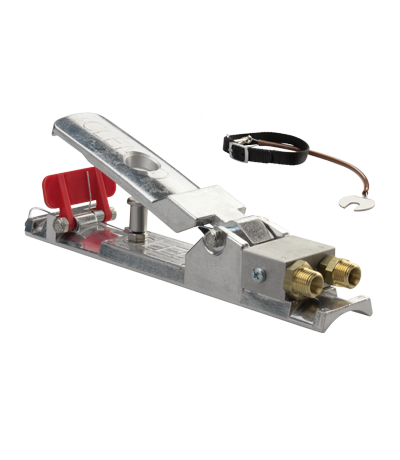 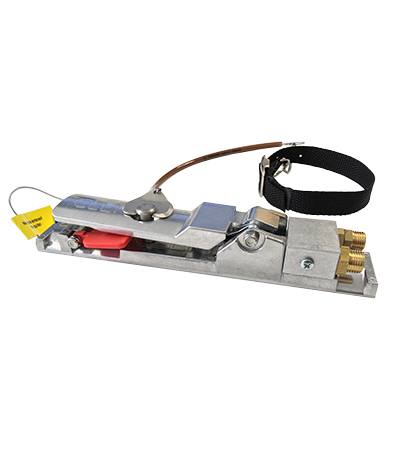